Curtis and Erika Riley were married on Dec. 20, 2008 and both graduated from Midwestern Baptist Theological College majoring in "Biblical Studies" in Dec. of 2011.  They attended Visible Music College in Memphis, TN for a semester and studied "Modern Worship Ministry."  They were able to lead worship for youth camps in North Carolina and Missouri, have been involved in a church plant in Mississippi, and a home-church plant in Overland Park, KS.  They have both been called by God to dedicate their lives to the ministry.

Pastor Curtis Riley has been in ministry since 2005, including leading worship, creating and leading a college ministry called "The Awakening" at First Family Church, served as the interim pastor at North Overland Park Baptist Church from March to June of 2011, and was ordained in Sept of 2011.  He has always had a heart for his hometown, Louisburg.  He has a passion for "true" salvation, reaching the lost, and the truth of the Bible. Follow Pastor Curtis on Twitter by clicking here and on Facebook by clicking here.

Erika Riley has been leading worship since the age of 12.  Since then, her passion and skills have continued to grow.  She led youth worship at Vineyard Christian Fellowship, was on youth and adult worship teams and was a worship ministry intern at First Family Church, attended and graduated from New Life School of Worship in Colorado Springs, co-led with Curtis for some of the first-ever contemporary worship services at Leawood UMC, and has helped lead worship for many events such as opening with a worship team for Lecrae at The Kansas Expocenter in 2014.  Whether there is a full band or just her and her guitar, she is able to lead people into the presence of God during worship. Follow Erika on Twitter by clicking here and on Facebook by clicking here. 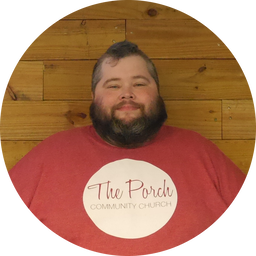 Pastor Curtis "Lee" Ray has been in ministry since 2002. He has served as Youth Pastor at several different churches over the years. He received his B.S. Degree from Blue Mountain College in the area of Bible with supporting areas in recreation and religious education. He and his wife Lauren have been married since 2011. He has always had a heart to see young people come to the saving knowledge of Jesus Christ and he looks forward to what The Lord is going to do at thePorch! Follow Pastor Lee on Twitter by clicking here and on Facebook by clicking here.

SPIRITUAL GROWTH COORDINATOR
​
Jenn Novak moved to Louisburg May 2015. Her and her husband Ron and have three kids and have attended thePorch since March 2016! Began serving as greeter, at the connection center, and in peeweePorch.  She started leading growth groups and joined the worship team in 2017. She has also been serving on the Leadership team as the Service coordinator. She is currently responsible for our GIVE BACK calendar and growth groups.  Follow Jenn on Facebook by clicking here.

Nick Wilson and his family attended and volunteered at thePorch years ago before relocating. God has led them back to thePorch to answer Nick’s call to ministry. He has years of experience leading Bible quiz groups and is passionate about teaching young people follow Jesus through relationships. In 2020, he began leading theporchYOUTH on Monday nights! ​

CHURCH ADMINISTRATOR
​
Rachel Mercer and her husband Matthew have been living in Louisburg since 2014 and have 2 kids. They started coming to thePorch in 2016. Started attending growth groups and serving very shortly after attending.  She graduated with a bachelors of science in Nursing with a minor in Business and Mathematics from Emporia State University in 2013. Rachel has served in the connection center, as a greeter, and thePorchZone.  She has been one of our best growth group leader for at least 2 years.  She is currently responsible for the church finances and announcements. Follow Rachel on Facebook by clicking here.

AVL PRODUCER
​
Matthew Mercer started coming to thePorch in 2016 and showed up to a "GIVE BACK act" that very week to start contributing!  He and Rachel started attending growth groups and serving very shortly after.  Matt has given back by being a key leader in theporchYOUTH, playing drums at Sunday service, volunteering in AVL, and leading growth groups. He is currently responsible for the weekly prep and set up of AVL. Follow Matt on Facebook by clicking here.
​
BOARD OF OVERSEERS